Dr. Sam Potolicchio is the President of Preparing Global Leaders Foundation, Director of Global and Custom Education at the McCourt School of Public Policy at Georgetown University, and Department Chairman and Distinguished Professor in Political and Social Communications at the School of Public Policy at the Russian Presidential Academy of National Economy and Public Administration (RANEPA). Potolicchio was named as one of “America’s Best Professors” by the Princeton Review, the only one in his field, and the Future Leader of American Higher Education by the Association of Colleges and Universities. Potolicchio has delivered lectures in over 70 countries including Oxford, Yale, Cambridge, Sorbonne, Brown, Dartmouth, and Warwick. Potolicchio is a senior adviser to high ranking officials around the globe and is currently the Academic Dean of a dual degree program on Global Governance and Leadership between the oldest university in Europe (Bologna) and the largest (RANEPA). He is a visiting professor at New York University and an official lecturer at the Library of Congress for OWLC, an international leadership program of the United States Congress. View Dr. Potolicchio's full bio on his PGLF faculty profile. 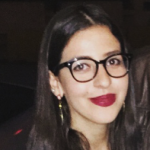 Sabrina Sa’adeh is a University lecturer who holds a Master’s degree in Marketing (Digital Marketing) and a Bachelors in Graphic Design and also runs her own business. Sabrina is Jordanian-Canadian and is proud to have acquired two different cultures to learn from.
She is Involved with many organizations concerning youth empowerment, women issues and issues regarding the underprivileged sector in Jordan. Sabrina has been with PGLF Jordan since the beginning and has participated in many programs which has  taught her the language of communication between multi-national cultures and has given her a better understanding of the world from different perspectives.

Katreen Suleiman is a dentist by profession, born in Russia, and raised in Jordan. She has passion for cultures and travelling. During her study years, she volunteered and travelled to +30 exchange programs around the world, and later on worked as an international program manager and regional coordinator for the MENA region at World Peace Initiative and Peace revolution and other youth-led organizations locally and internationally. She truly believes that young people are the leaders of tomorrow, and that such programs are empowering opportunities for young leaders to develop social skills, communicate and connect with like-minded people from different countries, cultures, and faiths. It’s a once-in-a-life-time opportunity that allows us to have multi-cultural interactions as a powerful tool to make social changes in our world.