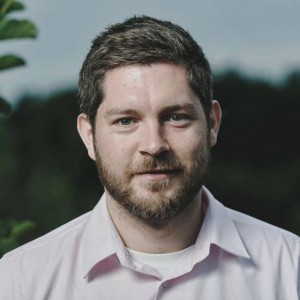 Dr. Sam Potolicchio is Director of Global and Custom Education at the McCourt School of Public Policy at Georgetown University. Potolicchio was named as one of “America’s Best Professors” by the Princeton Review, the only one in his field and the Future Leader of American Higher Education by the Association of Colleges and Universities.

Potolicchio has delivered lectures in over 70 countries including Oxford, Yale, Cambridge, Sorbonne, Brown, Dartmouth, and Warwick. He also serves as the Department Chairman and Distinguished Professor in Political and Social Communications at the School of Public Policy at the Russian Presidential Academy of National Economy and Public Administration and as the President of the Preparing Global Leaders Foundation, a leadership training program for rising leaders from over 100 countries.

He also serves as a columnist for Newsweek Japan, a Distinguished Global Scholar at the Canterbury School of Fort Myers, and the official lecturer on US politics at the Library of Congress for OWLC, an international leadership program of the United States Congress. He is a visiting lecturer at the University of Bologna (Italy) and Mannheim Business School (Germany). Potolicchio is an adviser to prominent business, non-profit and government leaders. He created and designed the first undergraduate degree in Global Governance and Leadership in English in the Russian Federation where he serves as Academic Director.

Dr. Branden Thornhill-Miller is a researcher, speaker, freelance consultant based in Oxford, United Kingdom and Paris, France. He is a fellow of Harris Manchester College at the University of Oxford, where he was previously Lecturer in Psychology and Director of Studies for Psychology, Philosophy, and Physiology for a number of years. He is an Adjunct Professor for Economics and Psychology at the University of Paris (Sorbonne) where he is also conducting research on technology, virtual reality, and the enhancement of creativity for the multi-university “Creativeness Project.” Thornhill-Miller’s speaking, consulting, and research interests include creativity, individual differences (e.g. personality, intelligence, culture, gender, psychometric tests, and test/survey development), leadership and visionary personalities, the psychology of religion (especially fundamentalism, identity and conflict, mysticism, meaning-making, awe and wonder), behavioral economics (including cognitive biases, decision-making, and risk), behavioral change, well-being and “gross national happiness,” and other aspects of social, political and organizational psychology.

In addition to his teaching and research Thornhill-Miller works as a consultant, individual coach, and organizational advisor. As Vice President of Omni Art Design, he has served as a visual artists and been in charge of strategic planning, IT, and public communications. Recently, he has been the creative consultant for two large-scale public monuments in the US, working as a lead advisor for technical, conceptual, aesthetic, strategic, and/or public relations aspects of community- and identitybuilding projects such as “New Bloom” (the landmark sculptor designed as the new symbol for Fort Wayne, Indiana) and the even larger Martin Luther King, Jr. memorial in San Diego, California. In the past he has also functioned as an innovator for business (e.g. building and programming computers to run new industrial production lines for a Fortune 500 company), as a Legislative Assistant on Capitol Hill, and as Visiting Professor of Literature at Beijing University. Early in his career he was one of twenty-three scholars from different disciplines and around the world  invited by the Foundation for the Future to discuss the problems and possibilities facing humanity’s long-term survival.

Thornhill-Miller received his bachelor’s degree in Ethics, Politics, and Economics from Yale
University, where he was also Vice President of the student government, coordinator of the Yale Club in Washington, D.C, and wrote a second thesis in literature on originality, supervised by Harold Bloom. While doing his Masters of Divinity focusing on world religions at Harvard, he became Director of the Inter-religious Dialogue Program for the Boston Theological Institute, a consortium of nine schools, including Harvard, Boston University and Boston College. He was nominated by the US for a Fulbright Scholarship to attend Cambridge University, but pursued his doctoral studies in psychology at the University of Oxford supported by an Overseas Research Award from the British Government and the Knox Fellowship from Harvard University.